Here’s what happens when gay guys see each other and straight people aren't around by Caroline Siede
Tuesday May 19th, 2015 at 5:37 PM 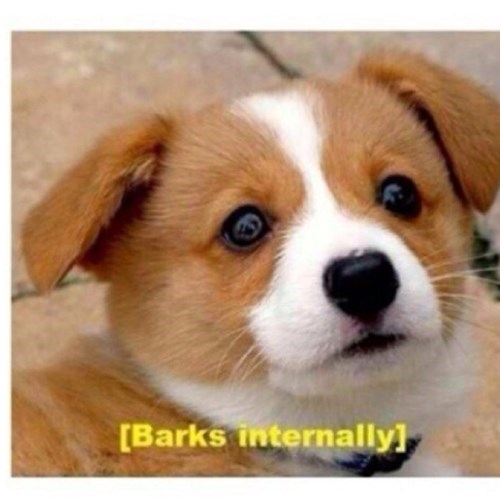 We recently covered the installation of a new PATH bridge spanning over Lake Shore Boulevard but under the Gardiner Expressway This was followed by the raising of a second bridge spanning over Harbour Street, connecting Menkes' under-construction Sun Life Financial Tower and Harbour Plaza Residences complex with the recently-completed RBC WaterPark Place III office building to the south. Today, the new link opened to the public, allowing pedestrians to finally access the city south of the Gardiner without going outdoors. The new link is especially notable for its unconventional path through an active construction site. Map of the new PATH extension

Come along for a walk through the new link, starting where the PATH climbs up from the Air Canada Centre north lobby. To find it, just look for the ridiculously downmarket crash doors. After ascending a quick flight of cheap stairs, you will find yourself in a glassed-in PATH corridor on the west end of the Air Canada Centre's second floor. Up until yesterday, this section of the PATH only led into Maple Leaf Square, and anyone wanting to go any further south would have required a trip outside. View of the Air Canada Centre's west side, including the existing PATH walkway on the second floor, image by Craig White

Now, the PATH continues past the Maple Leaf Square bridge to the south where you enter the first of the two bridges to recently have been hoisted into place, running above Lake Shore Boulevard but below the Gardiner Expressway. Facing south on the bridge connecting the Air Canada Centre with the Menkes development, image by Jack Landau

The first bridge provides some cool views of traffic below on Lake Shoe Boulevard, with the concrete supports of the Gardiner clearly visible framing the view. The south end of the bridge brings you to a ramp which raises you up to the second floor level of the Sun Life Financial Tower and Harbour Plaza Residences complex. It's pretty obvious that you're in temporary surroundings here; behind these walls is an active construction site. Exiting the bridge and entering the enclosed walkway passing through the Menkes site, image by Jack Landau

The muffled clatter of tools, smell of fresh drywall and the exposed concrete columns lining the hallway provide the evidence that you are now passing through the Menkes construction site. Photographed just three weeks ago, here's what the area through which the corridor passes looked like then. You can see the studding for the interior walls going up. The walkway goes through the east end of the Harbour Plaza Residences, image by scamander24

Reaching the south end of the Menkes development, you will find yourself at the second bridge, this one spanning over Harbour Street. Entrance to the southern bridge over Harbour Street, image by Jack Landau

The south bridge has a much brighter and airier feeling, with a great deal more natural light than the bridge which passes below the Gardiner Expressway. Forum contributor hawc took this image which shows the exterior of this bridge, and its connection to the construction site, viewed from the east on Harbour Street. An off-ramp from the Gardiner Expressway passes beneath the bridge. The City plans to tear down this ramp in the near future and replace it with a ramp in another spot. Exterior of the Harbour Street bridge, image by hawc Want to head back north? Here's the door! Looking north towards from the second floor of RBC WaterPark Place III towards the bridge entrance, image by Jack Landau

Now that you know your way around the new PATH extension, go check it out for yourself!

Want to know more about the buildings connected by this extension? Check out UrbanToronto's dataBase files for the project, linked below. Want to talk about it? Join in on the conversation in one of the associated Forum threads, or leave a comment in the space provided on this page.

How Wikipedia can become a no-asshole-zone by Cory Doctorow
Thursday June 5th, 2014 at 12:32 PM Sumana writes, "I gave the opening keynote address at Wiki Conference USA last weekend, and told Wikipedians what needs to change to make the site friendlier and more hospitable. I mixed in wisdom from John Scalzi, XKCD, Hacker School, and the Ada Initiative. The transcript and a thirty-minute audio recording (Ogg) are now up." END_OF_DOCUMENT_TOKEN_TO_BE_REPLACED I loved Dropbox and Mailbox. I was paying for a 200GB account. But after learning that Iraq war starter, torture promotor, and warrantless wiretapper Condoleezza Rice will be joining Dropbox's Board of Directors I deleted my account (Dropbox doesn't issue refunds, so I lost about $100. They can keep it.). I also deleted the Mailbox app from my phone.

Now I want a Dropbox replacement. Something that offers cloud syncing. The website Drop Dropbox has a few suggestions: Box.com, Microsoft OneDrive, SpiderOak, and Google Drive. I'd like to hear from Boing Boing readers who've had experience with alternatives to Dropbox. Please post your comments in the BBS!

sarcozona
reply
Um why would Rice do this?
Epiphyte City

Well I still love Dropbox so I don't really care. Will be staying with them as long as the product is solid.
San Antonio, TX

jeterhere
Box works for me ...

You would think that having a former Secretary of State on the board would help you but, nope. Because spying is bad.
California

I'm still going to use it to store the GIFs that I post in IRC at work.

Condi defended Bush's warrentless wiretaps -- it's beyond me how anyone can trust dropbox with private data.
San Francisco

I'll be joining him soon no doubt
FourSquare, qv

Today we at Spacing Ottawa would like to highlight some of the research currently being undertaken in regards to the Capital Region’s planning history, and in follow-up to the December article on Dr. David Gordon’s National Gallery lecture on the urban history of Ottawa. Planning Canada’s Capital, a compilation of the research being conducted by Dr. […]

The post ‘Planning Canada’s Capital’: A resource for research into the Capital Region’s planning history appeared first on Spacing Ottawa.